Animal Architecture: A Bat Tower, a Bee Folly, & a Five-Star Hotel for Bugs

Animal Architecture: A Bat Tower, a Bee Folly, & a Five-Star Hotel for Bugs 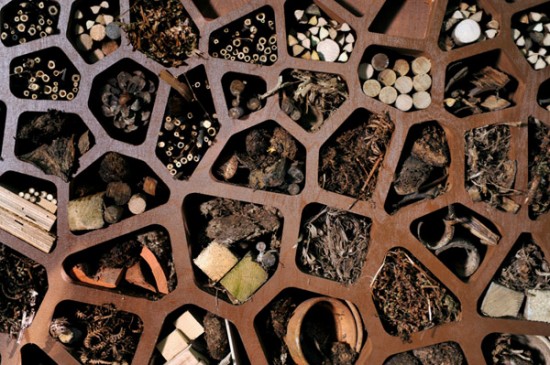 Created by architectural firm Arup Associates, the Insect Hotel was one of the winners of the ‘Beyond the Hive’ competition, a unique architectural competition to design five star hotels for insects. The contest is sponsored by the British Land and the City of London Corporation. (Photo courtesy British Land via Animal Architecture)

One of the benefits of living in a rural place like New Hampshire is that interactions with wild animals occur on a daily basis. I see birds, mammals, reptiles, amphibians, and insects when I’m hiking, commuting to work, or simply strolling around the yard. Wild turkeys, bears, grouse, moose, foxes, dragonflies, deer, minks, bobcats, raccoons, toads, porcupines, beetles, bald eagles, woodchucks, fisher cats, skunks, and coyotes are all commonplace where I live, and not a day passes when I don’t have some kind of close-encounter with the natural world.

Two weeks ago, for instance, I was hiking alone on a trail when I startled a huge flock of turkeys. I’m not sure who was more alarmed–me or the birds. One minute the woods were silent and calm, and the next I found myself in the middle of a turkey squall. They squawked and fluttered in twenty different directions, wings flapping, feathers and leaves flying. (Yes. Those giant, awkward birds actually leave the ground!) The encounter changed everything about my hike that day; I was more aware, more attuned to the sound of the woods as I proceeded up the trail.

If you live in an urban area like New York City, interactions like this are atypical in daily life, and your relationship to the animal world is more removed. Pigeons and rodents are a regular feature of the urban landscape, but you may never have reason to think about the Peregrine Falcons nesting on skyscrapers and bridges, or about the muskrats, coyotes, possums, and deer lurking in the city’s parks.

Urban and suburban animal sightings recorded in the media typically focus on the most dramatic or entertaining stories–bears shot down in New Jersey, coyotes roaming the West Side of New York City, a turkey nicknamed Hedda Gobbler living on the grounds of the Riverton Houses in Harlem. But the fact of the matter is that we all share our environment with a wide variety of animals whether we notice them or not. 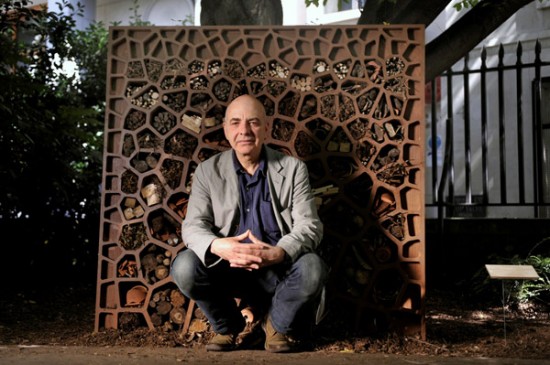 The façade of Arup's Insect Hotel consists of a series of compartments based on a Voronoi pattern, which can be found in the natural world (as in the rib structure of a dragonfly’s wing). The compartments created by the pattern provide the supporting armature for a variety of recycled waste materials and deadfall that are loosely inserted into the voids. The structure caters to the needs of stag beetles, solitary bees, spiders, lacewings and ladybirds. The sides of the hotel are accessible for butterflies and moths, and the top is suitable for absorbing rain water through planting. (Photo courtesy British Land via Animal Architecture)

Imagine for a moment what it might be like if we were less passive about this relationship. What if were more creative and proactive about the ways we coexist with animals?

What if urban planners thought