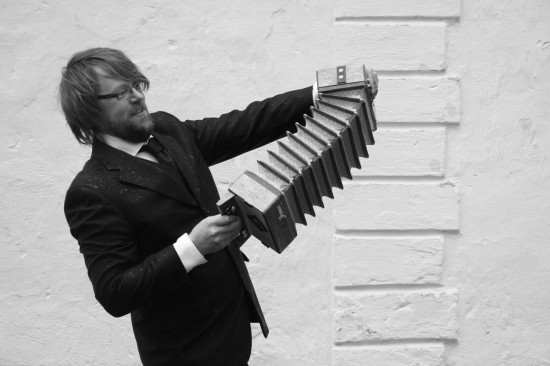 I recently came across this hypnotic piece of music by Finnish musician Antti Paalanen. Paalanen is a composer and a master of the diatonic accordion.

Accordions are made in a range of different configurations and styles. Diatonic button accordions are bisonoric, which means each button produces two notes: one when the bellows is compressed, and another when it’s expanded.

The instrument was invented in the 1800s and has been an important part of many folk traditions, including French Canadian and Cajun music, as well as Tex Mex and American country square dance music.

Paalanen plays with a number of folk music bands, but he’s exploring a new direction in his solo work. I love the unique, mesmerizing sound he is creating in this song “Breathe” from his 2010 album Breathbox. The accordion never sounded so good.

Thanks to Alex Ross for this clip.