Little People in the City: The Street Art of Slinkachu

Little People in the City: The Street Art of Slinkachu 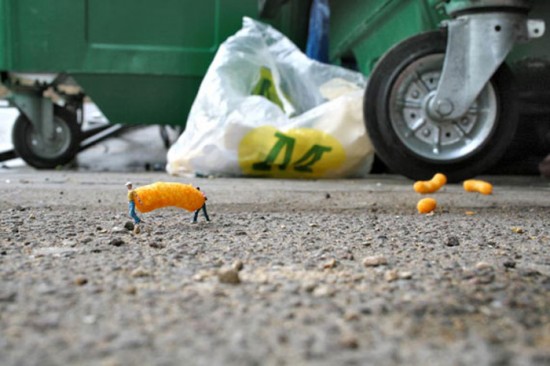 In recent years the London street art scene has been dominated by the brash, satirical, crowd-pleasing work of Banksy. His 2010 film Exit Through the Gift Shop, which I’ll be writing about in the coming weeks, made Banksy a familiar name in certain American households, and his book, Wall and Piece, has been one of the best-selling art and photography books since its release.

But while the public lines up to see Banksy’s shows, and art collectors, like Brad Pitt and Christina Aguilera, fork over big money for his paintings and prints, a more polished street artist named Slinkachu has been producing brilliant, evocative artwork that has largely escaped the attention of an American audience. 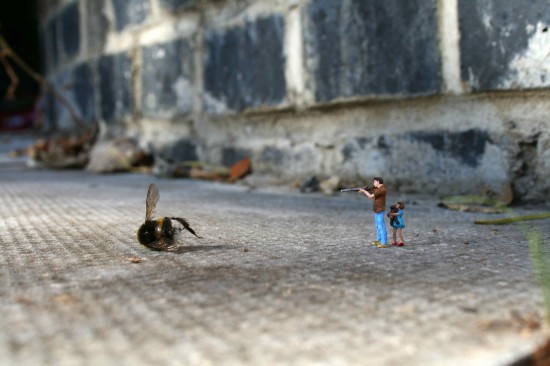 "They're Not Pets Susan" (Photo © Slinkachu) 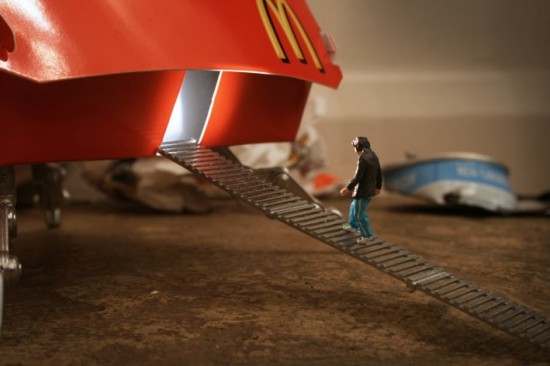 "Life as We Know It" (Photo © Slinkachu)