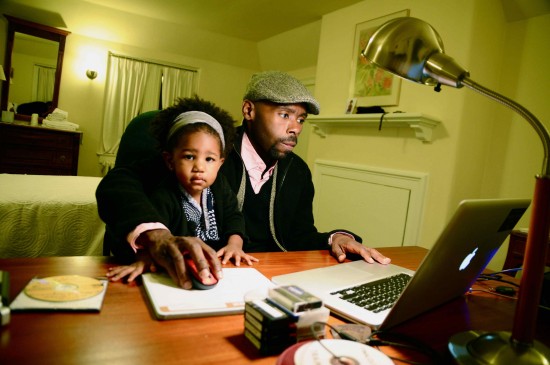 How do you learn to be a father, particularly when there are no fathers around to be an example?

This is the question at the heart of Samein Priester’s personal documentary 1st&4ever. The dilemma of fatherhood has taken on new significance for Samein since the tragic loss of his partner, artist Denyse Thomasos, last month.

Denyse’s visit to the hospital on July 19th was supposed to be routine. She was there for an MRI, but during the procedure she suffered a fatal allergic reaction. Her sudden death has left her husband, friends, family, students, colleagues, and the New York art community in shock. Denyse was only 47 years old.

Since 1995, Denyse taught in the Arts, Culture and Media Department at Rutgers University, Newark. When she met Samein, he was preparing to complete his undergraduate degree at Hunter. It was Denyse who pushed Samein to apply to graduate school at the City College of New York. “When I first got into grad school,” Samein explains in 1st&4ever, “my mother didn’t even know what that was, but she knew it was something big.” In December 2009, during his first semester, Samein’s mother passed away. She was the glue that held the family together, and her loss was a terrible blow to the family. In June of 2011 Samein graduated from City College. 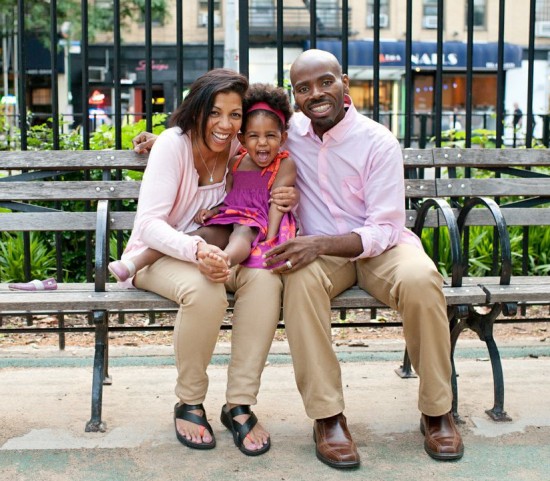 Denyse and Samein were not only best friends, but also partners in life, work, and parenthood. In June of 2010 the couple adopted their first child, Syann, a joyful event that Samein chronicles at the end of his documentary 1st&4ever. (Photo courtesy Samein Priester)

Denyse and Samein were not only best friends and spouses, but also partners in life, work, and parenthood. In June of 2010 the couple adopted their first child, Syann, a joyful event that Samein chronicles at the end of 1st&4ever. “I’m going to be the best father that Syann can possibly ever have,” he says in his film. Samein repeated the same sentiment when we spoke at length on the phone last week. He is clearly stunned and grieving the sudden loss of his partner, but he is also focused on his daughter and creating a healthy, stable life for her in spite of Denyse’s absence.

“From the moment I met Denyse my life turned around,” Samein told me today via email. “She really made all of my dreams come true, down to my baby girl Syann. That was a name I had since I was 15. I always knew I’d have a daughter and her name would be Syann.”