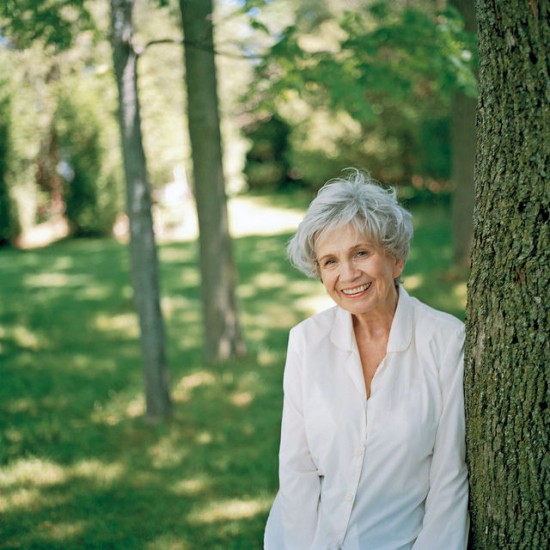 “I can remember very well writing ‘Thanks for the Ride’ because my first baby was lying in the crib beside me…I was twenty-two.”(Photo: Alice Munro by Derek Shapton)

The Challenges of Motherhood

Alice Ann Laidlaw was born in the rural town of Wingham, Ontario, the daughter of a fox and mink farmer and a schoolteacher. While writing fiction and studying English at the University of Western Ontario she worked as a tobacco picker, a waitress, and library clerk.

“I had no chance to be anything else

[but a writer] because I had no money,” Alice told The Paris Review many years later. “I knew I would only be at university two years because the scholarships available at that time lasted only two years…I had been in charge of the house at home when I was in my teens, so university was about the only time in my life that I haven’t had to do housework.”

In 1951, she left the university to marry James Munro. Alice Munro‘s daughters Sheila, Catherine, and Jenny were born in 1953, 1955, and 1957 respectively; Catherine died just fifteen hours after her birth.

“I got married right after the second year,” Munro explains. “I was twenty. We went to Vancouver. That was the big thing about getting married—this huge adventure, moving. As far away as we could get and stay in the country. We were only twenty and twenty-two…We were thinking of getting a house and having a baby, and we promptly did these things. I had my first baby at twenty-one.”

“The Day of the Butterfly” (from the collection Dance of the Happy Shades) was one of Munro’s earliest stories. “That was probably written when I was about twenty-one. And I can remember very well writing ‘Thanks for the Ride’ because my first baby was lying in the crib beside me. So I was twenty-two.”

“I was writing desperately all the time I was pregnant because I thought I would never be able to write afterwards. Each pregnancy spurred me to get something big done before the baby was born. Actually I didn’t get anything big done.” 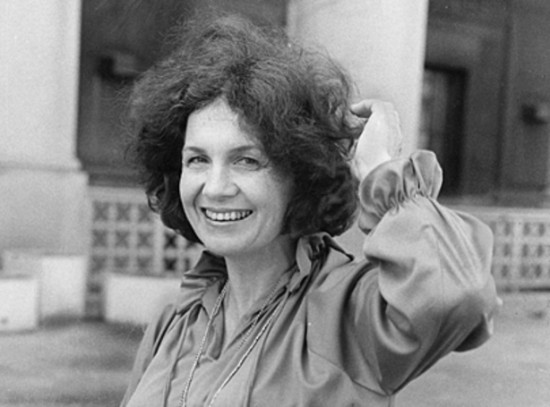 “I used to work until maybe one o’clock in the morning and then get up at six,” says writer Alice Munro. “And I remember thinking, You know, maybe I’ll die, this is terrible, I’ll have a heart attack. I was only about thirty-nine or so…” (Photo: Alice Munro in 1979. Image by Reg Innell courtesy the Toronto Star)


For almost two decades Munro juggled writing, motherhood, being a wife, and running a business with her h