Not Your Average Flash Mob: The Copenhagen Phil Plays the Metro

Not Your Average Flash Mob: The Copenhagen Phil Plays the Metro 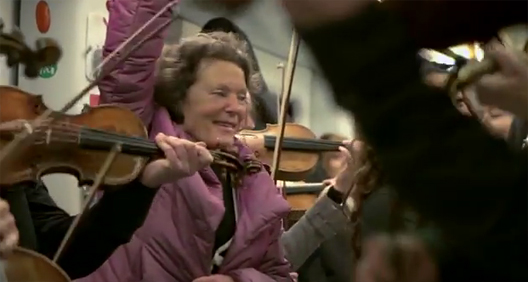 The best link in this morning’s Twitter feed came from Christopher Jobson over at Colossal.

Last month the Copenhagen Philharmonic pulled off an audacious stunt—performing Edvard Grieg’s Peer Gynt on a crowded, moving metro train for unsuspecting passengers. The flash mob was created in collaboration with Radio Klassisk. All music was performed and recorded in the metro.

Peer Gynt is the incidental music to Henrik Ibsen’s 1867 play of the same name, written by the Norwegian composer Edvard Grieg in 1875. It premiered along with the play on February 24th, 1876 in Norway. Grieg later extracted eight movements to make two four-movement suites. As Erica Jeal explains in the Guardian, Grieg always wanted to write a truly Norwegian opera; he never did, but the incidental music he wrote for Ibsen’s play is the nearest he came. Grieg’s dream of seeing this piece performed out the theater and in the concert hall was never fulfilled in his lifetime.

The below video features the movement “Morning Mood,” which depicts the rising of the sun during Act IV, Scene 4 of Ibsen’s play. In this scene the play’s hero finds himself stranded in the Moroccan desert after his companions have taken his yacht and abandoned him there while he slept.

I love the juxtaposition of this quiet, peaceful piece with the moving metro train and bustling, preoccupied commuters. It’s also poignant to watch the expressions on the passengers faces as they transform from suspicion and discomfort into delight.

It just goes to prove that classical music doesn’t have to contained in concert halls or only enjoyed by an elite few.

Thanks to Christopher Jobson for passing on this link.

While Grieg lovers will undoubtedly have their own favorite Peer Gynt album, this 1998 EMI recording by Sir Thomas Beecham and Royal Philharmonic Orchestra remains a favorite amongst classical music aficionados. The album is part of EMI’s Masters Series and was recorded, mastered, or re-mastered at the internationally renowned Abbey Road Studios in London. 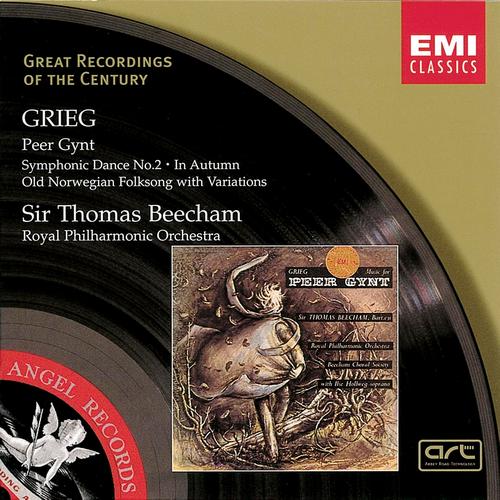