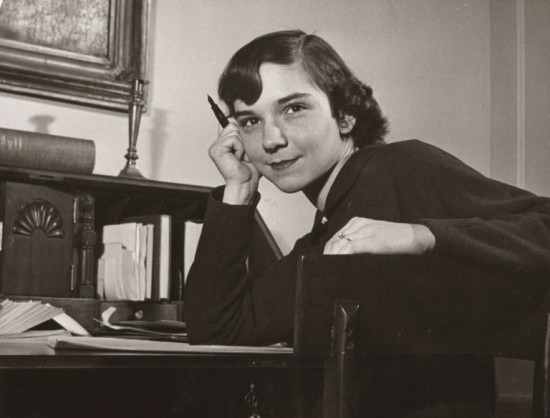 The Sunday Poem returns today after a two-week hiatus. Thanks to all of you who wrote and told me how much you missed receiving the Sunday Poem in your inbox. It only confirms what I suspected all along: that Gwarlingo has some of the best readers on the planet!

Work-related deadlines and travel have prevented me from posting the past two weeks, but I have some compelling new work in the queue for the coming months. There’s a wave of new poetry publications that have just been released (or that are coming out soon). I’ve been enjoying perusing these books in my spare time and am in the process of lining up new poems for the series. I’m looking forward to introducing some new poets to you, as well as publishing new work by some of our most accomplished poets throughout the remainder of 2012.

For today’s Sunday Poem, I have a reading by the late Adrienne Rich to share with you. Rich, who died in March of complications from rheumatoid arthritis, was one of the best-known American public intellectuals and among the most influential writers of the feminist movement. She wrote two dozen volumes of poetry and more than a half-dozen of prose. According to her obituary in The New York Times, her poetry, published by W. W. Norton & Company since the mid-1960s, has sold nearly 800,000 copies. 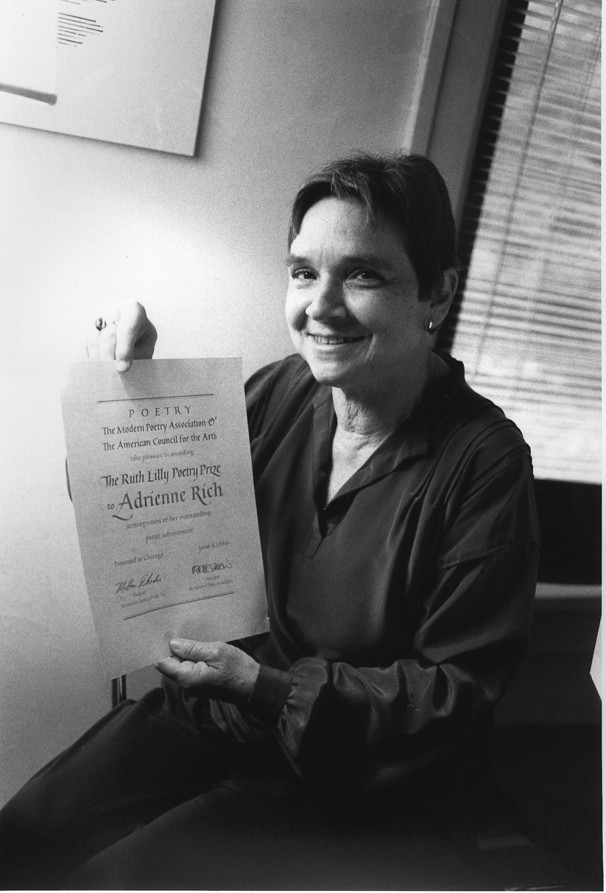 [Art] means nothing if it simply decorates the dinner table of the power which holds it hostage,” Rich once said. As Margalit Fox writes in her Times obituary, “Rich was far too seasoned a campaigner to think that verse alone could change entrenched social institutions.”

“Poetry is not a healing lotion, an emotional massage, a kind of linguistic aromatherapy,” she said in an acceptance speech to the National Book Foundation in 2006, on receiving its medal for distinguished contribution to American letters. “Neither is it a blueprint, nor an instruction manual, nor a billboard.”

But at the same time, as she made resoundingly clear in interviews, in public lectures and in her work, Ms. Rich saw poetry as a keen-edged beacon by which women’s lives — and women’s consciousness — could be illuminated.

In this video produced by David Grubin Productions and WGBH Boston, in association with the Poetry Foundation and Geraldine R. Dodge Poetry Festival, Rich reads her incisive poem “What Kind of Times Are These.”

As always, if you’re reading this post in an email and can’t play the video, simply click here to watch the video on the Gwarlingo website. 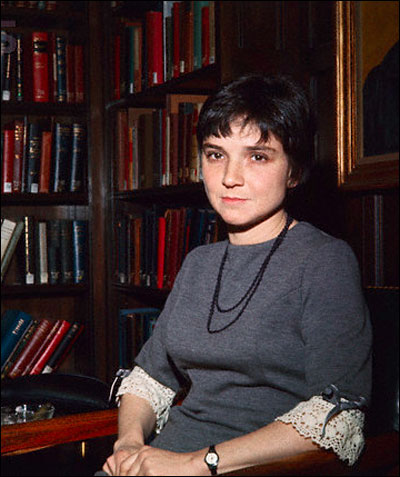 Poet and essayist Adrienne Rich was one of America’s foremost public intellectuals. Widely read and hugely influential, Rich’s career spanned seven decades and has hewed closely to the story of post-war American poetry itself. Her earliest work, including A Change of World (1951) which won the prestigious Yale Younger Poets Award, was formally exact and decorous, while her work of the late 1960s and 70s became increasingly radical in both its free-verse form and feminist and political content. Rich’s metamorphosis was noted by Carol Muske in the New York Times Book Review; Muske wrote that Rich began as a “polite c