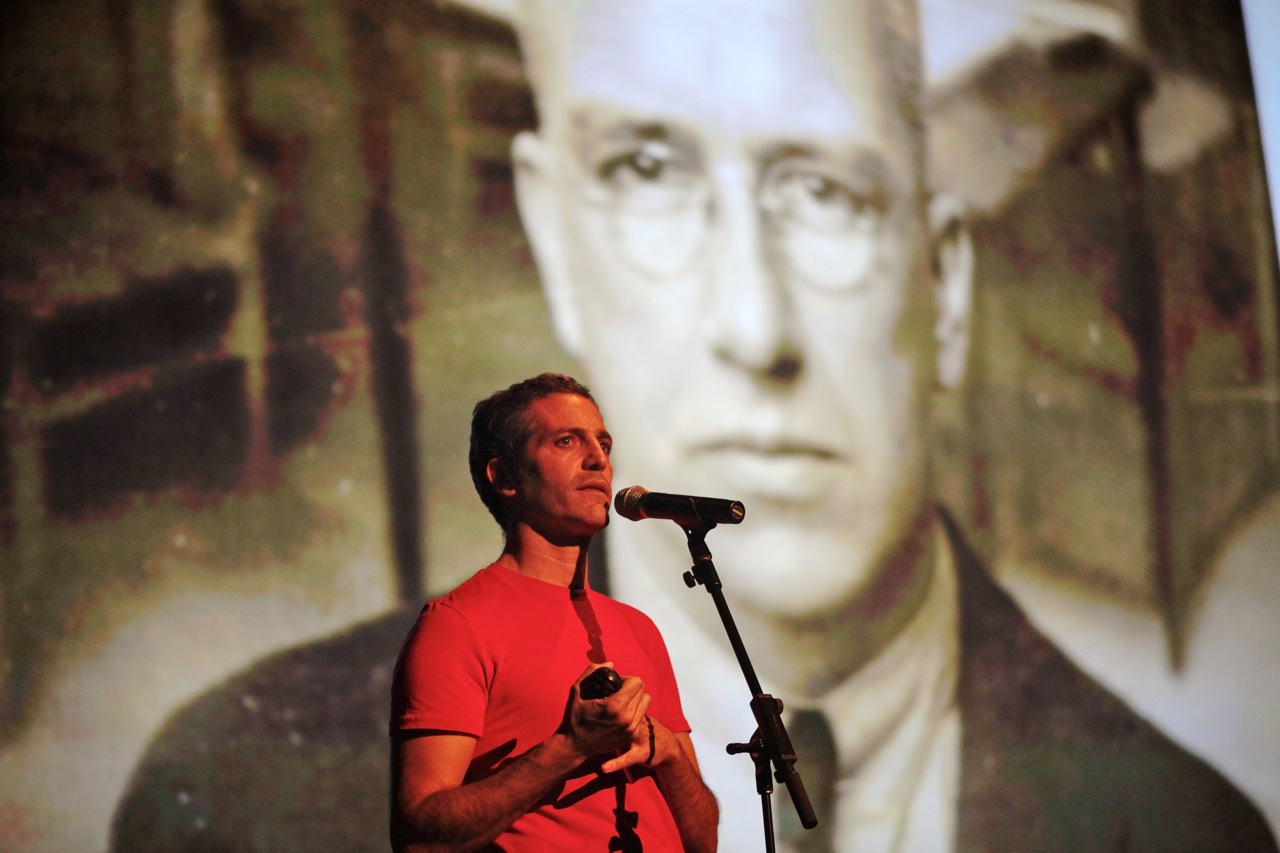 Sam Green narrating his live documentary The Love Song of R. Buckminster Fuller at the Institute of Contemporary Art in Boston (Photo by Sam Allison)

“I live on Earth at present, and I don’t know what I am. I know that I am not a category. I am not a thing—a noun. I seem to be a verb, an evolutionary process—an integral function of the universe.”

In 1927 designer, architect, and inventor R. Buckminster Fuller was contemplating suicide on the shore of Lake Michigan, when he had an epiphany:

“The thought then came that my impulse to commit suicide was a consequence of my being expressly overconcerned with ‘me’ and ‘my pains,’ and that doing so would mean that I would be making the supremely selfish mistake of possibly losing forever some evolutionary information link essential to the ultimately realization of the as-yet-to-be-known human function in Universe.”

According to legend, Fuller decided to “throw away” his “personal ego” instead of committing suicide, and use himself “as a scientific `guinea pig’… on behalf of all humanity.” He resolved to “make the world work for one hundred percent of humanity, in the shortest possible time, through spontaneous cooperation, without ecological offense or the disadvantage of anyone.”

At least that is the story as Fuller told it.

Although he grew up in an elite New England family, he flunked out of Harvard (twice), worked as a meatpacker, and served in the Navy before reinventing himself as a philosopher, engineer, writer, inventor, and lecturer. Never content to work in only one field, Fuller, or “Bucky” as his friends called him, embraced an interdisciplinary approach to global problems like poverty, shelter, transportation, education, energy, and ecological destruction. By the time of his death in 1983, Fuller held 28 patents, had authored 28 books, and received 47 honorary degrees. 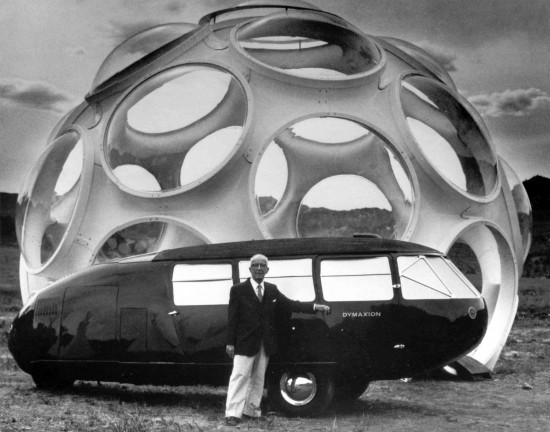 F. Buckminster Fuller has influenced everyone from Pritzker Prize–winning architect Thom Mayne to Stewart Brand, creator of The Whole Earth Catalog and The WELL, one of the oldest virtual communities. (Photo by Roger Stroller)