The Cleveland Art Scene: Be Prepared to Be Surprised

The Cleveland Art Scene: Be Prepared to Be Surprised 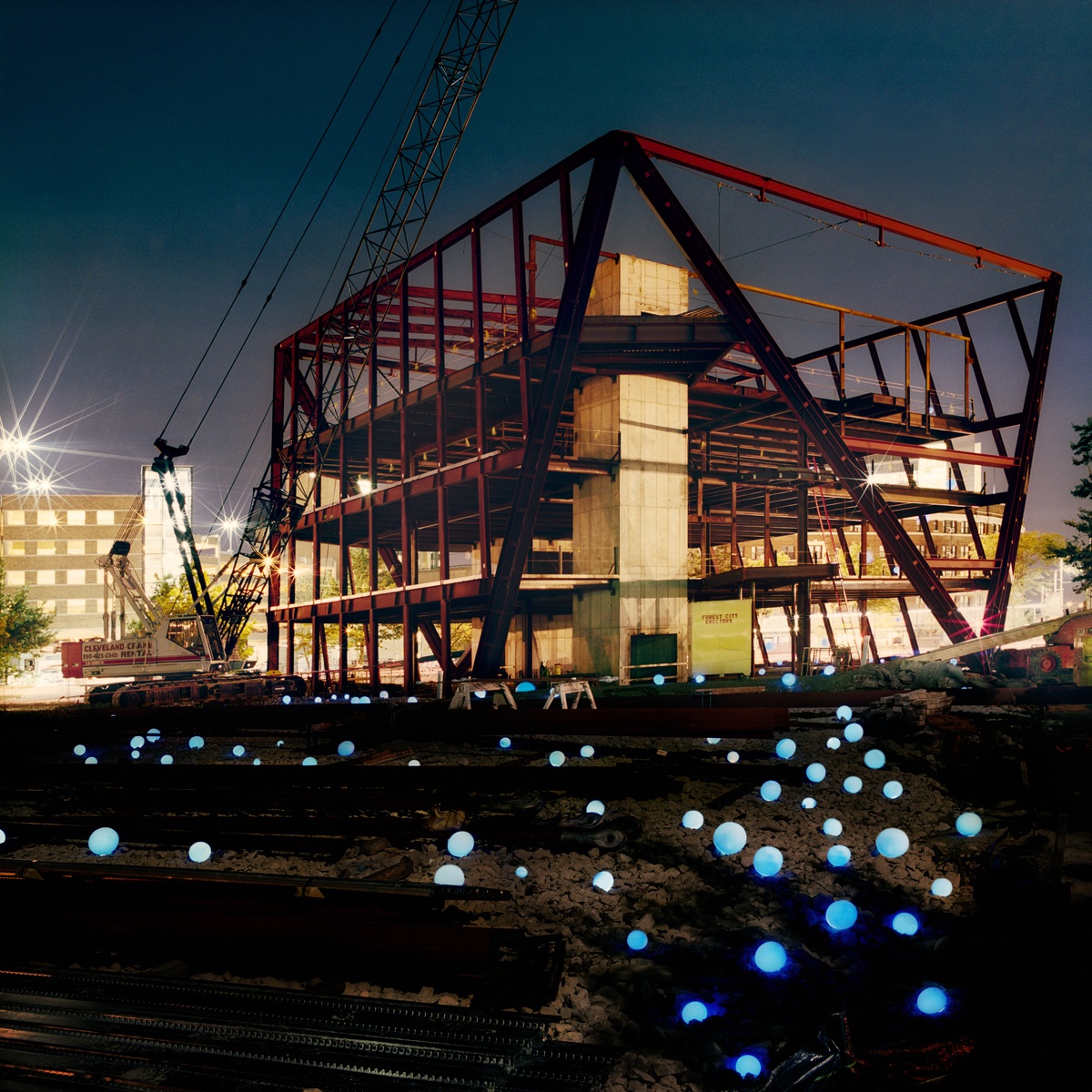 Barry Underwood, Archimedes. This installation was created at the construction site for the new Museum of Contemporary Art Cleveland. (Photo © Barry Underwood. Click to Enlarge)

As New York artists search for the next affordable, urban frontier in Bushwick and Queens, a renaissance of sorts is taking place in the most unlikely of cities: Cleveland, Ohio. Perhaps the city’s motto should be Cleveland: It’s Not What You Think, for that phrase was used by more than one local during my recent tour of the city’s art scene.

My visit began at the Cleveland Institute of Art, where I was giving a talk on creative process and career strategy to a Business and Professional Practice class taught by photographer Barry Underwood. The school’s facilities are housed, in part, in a refurbished Ford Model T factory building, and the classrooms are filled with space, light, and cutting-edge equipment. Thanks to the Gund Foundation a new 91,000-square-foot addition to the factory building is also under construction and will consolidate the CIA’s facilities on Euclid Avenue.

While it’s not possible to learn everything about an institution in a single day, I was impressed with CIA: the staff, the administration, the facilities, the galleries, the diversity of programming being offered. The Institute has one of the only biomedical art programs in the country, a creative field that blends science, art, and technology.

The work of CIA staff member Michael Wallace caught my eye as I toured the Institute. Wallace’s commemorative plate series, Guess Who’s Coming to Lunch (More Important People We Can’t Afford to Know), is a clever rift on the problematic connection between money, power and politics. 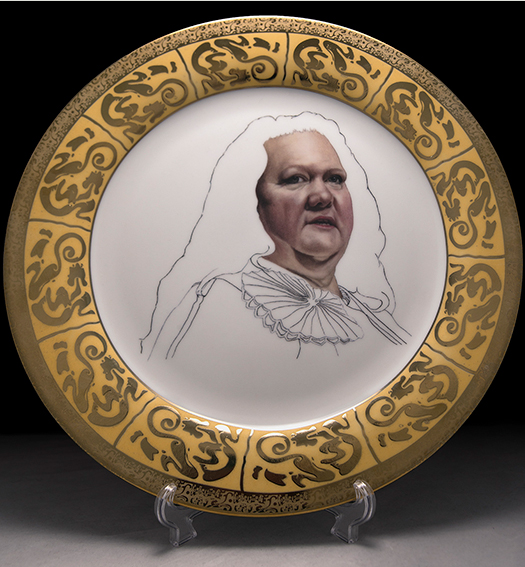 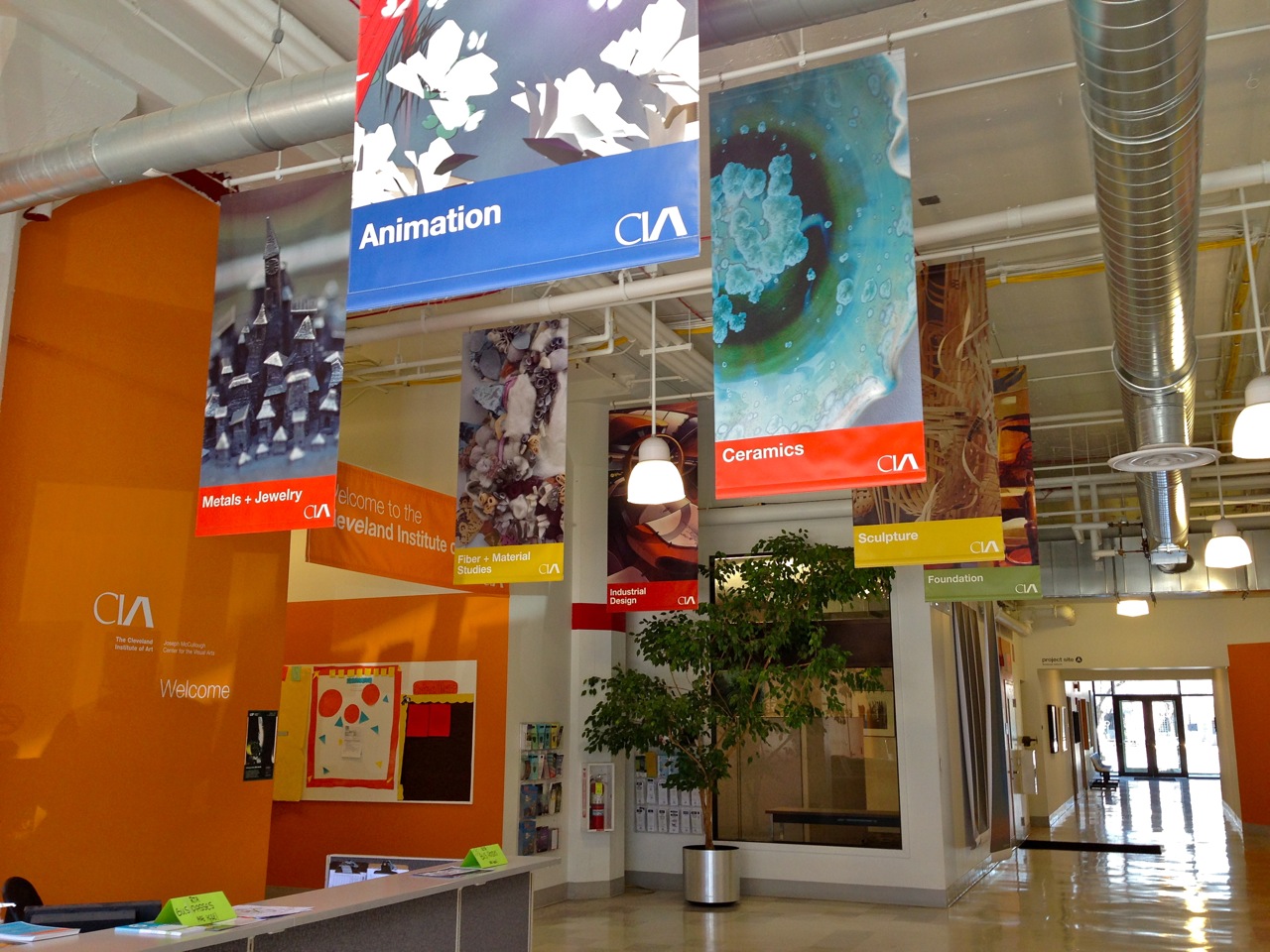