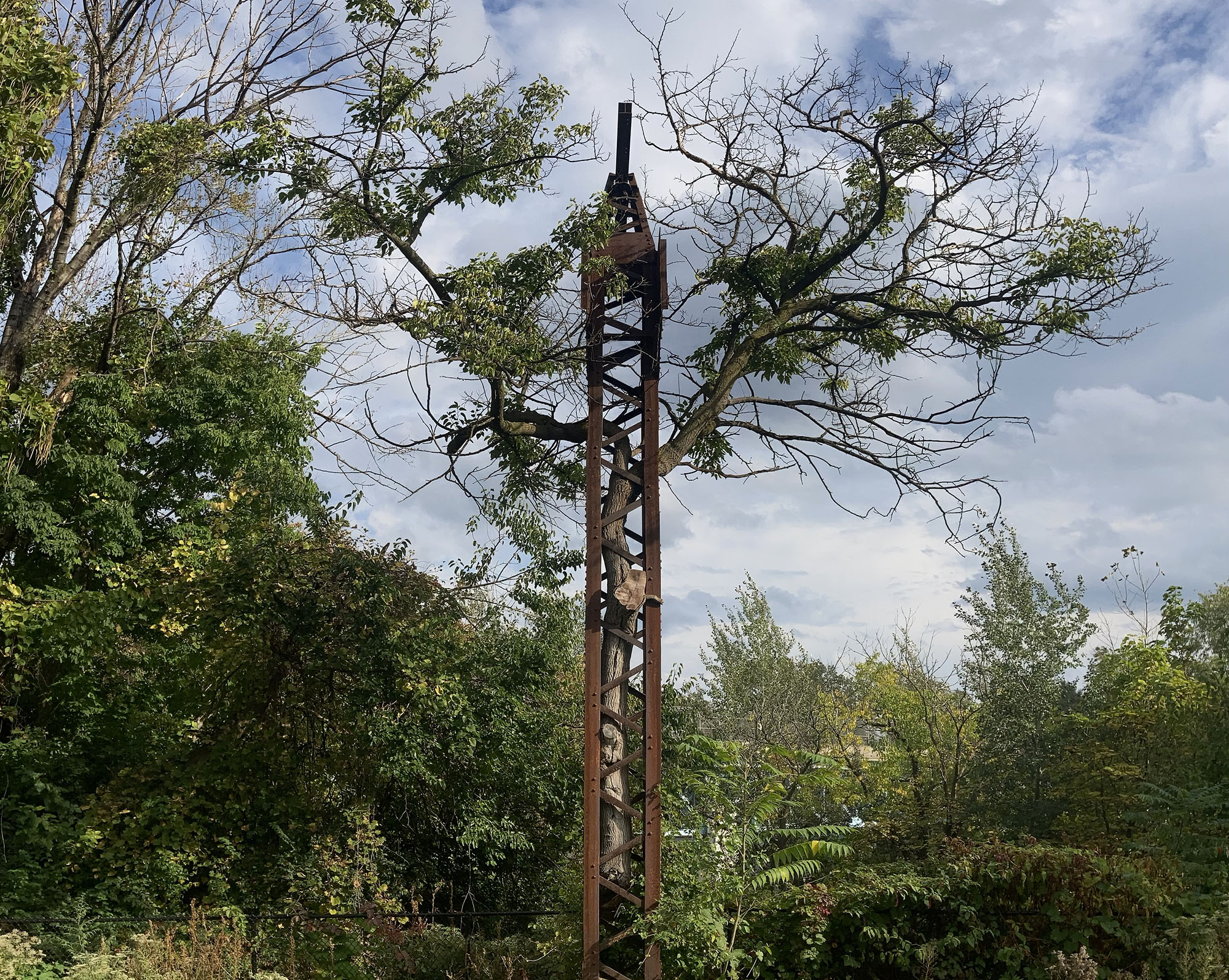 Walking through Cleveland this week, I stumbled on “Trapped Tree” in a quiet corner of the city. This unusual moment, until recently hidden by brush deep in the Ohio City neighborhood, was uncovered when a new greenway opened alongside it. A small metal tower, possibly part of an old railroad bridge, had been left awkwardly alone—but found the perfect companion as a trellis for this magnificent tree to grow on. Indeed, Cleveland as a whole is striking for its remnants of an earlier, industrial era including leftover pieces from now-vanished bridges. This particular tree, winding its way into the tower just above its base, runs up a good three fourths of the structure before blossoming out into a branchy canopy. The spectacle is reminiscent of considered horticulture or contemporary earth art (and you can see the tree has been pruned rather than extracted), and it raises interesting questions about the relationship between the tree and its trellis as the tree continues to widen and the metal keeps aging. Most importantly, though, it reminds us—if we are looking—that art is everywhere.

By the way, if you’ve never been to Cleveland, on the other side of town its fantastic museum of art has a world-class collection, and is free to everyone as the statement “for the benefit of all the people forever” was written into the 1892 deed of gift for the land on which the museum stands. 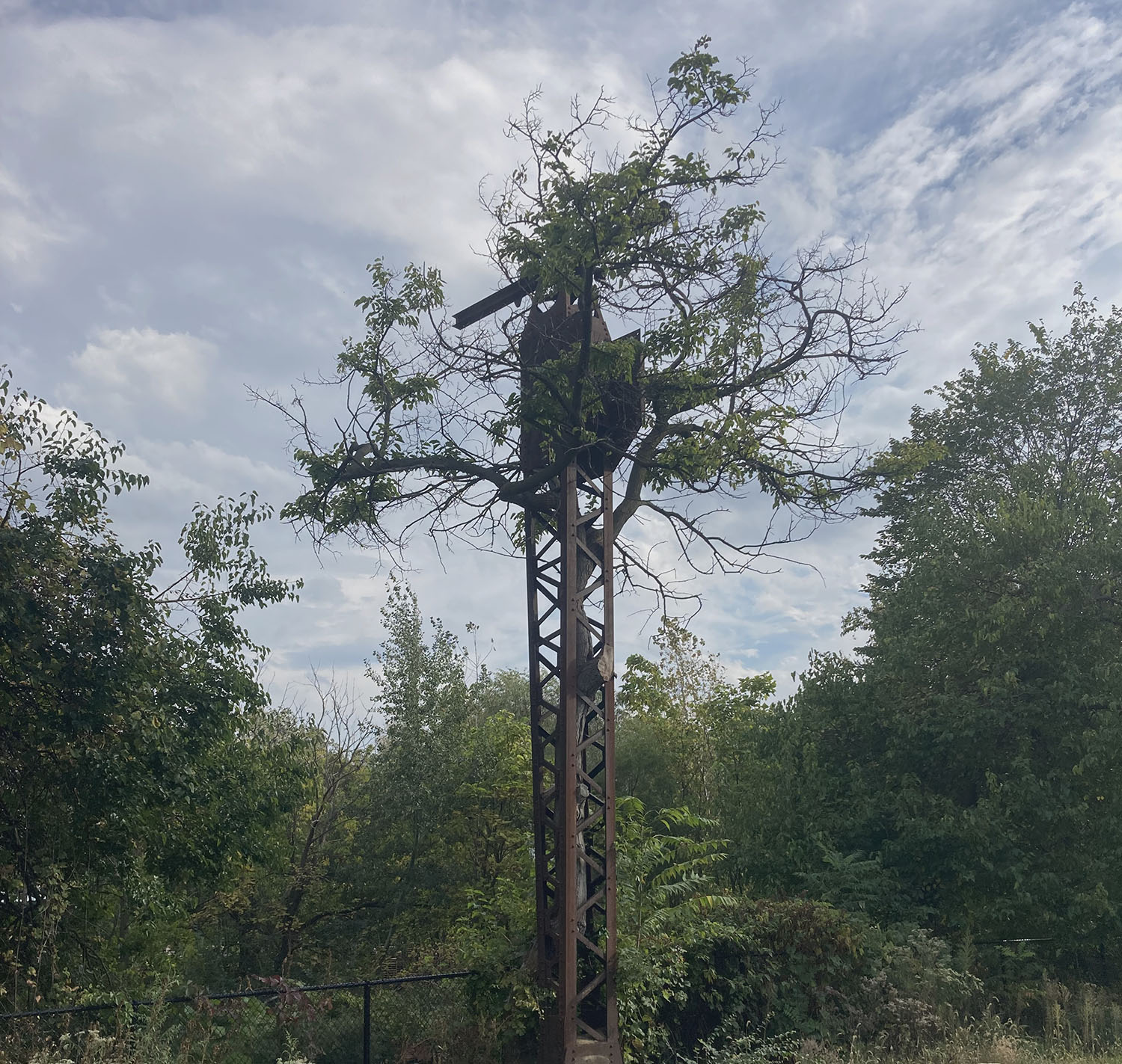