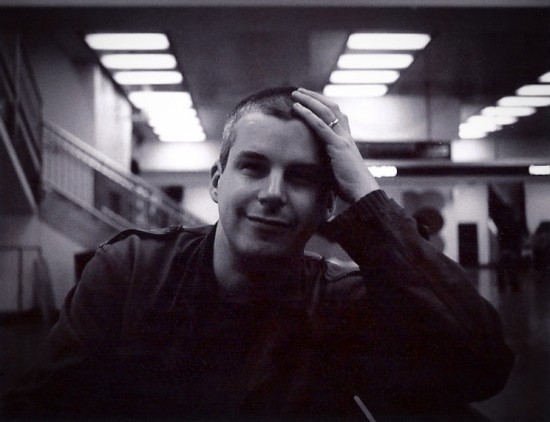 “That feeling of becoming a new person in a different place, even if it’s an illusion, is intoxicating to me, and always has been,” says poet James Arthur. “I love writing about places, but only places where I don’t belong.”

James’s debut collection, Charms Against Lightning from Copper Canyon Press, captures places that are both strange and familiar. He is fascinated with the smallest details of daily life: the minutia that too often goes unnoticed, as well as larger forces like history and politics that influence our personal relationships.

One of my favorite poems, “In Defense of the Semicolon,” (included below) is the perfect example of how Arthur skillfully merges humor, sharp observation, with intimate revelations.

James often composes his work in his head while walking, and a number of the poems in Charms Against Lightning reveal a talented flâneur absorbing his surroundings, whether wandering down an icy, urban street or hiking deep in a New England forest.

In “Daylight Savings” Arthur writes: “Give me some light / in the maplefire, in the sudden fierce embranglement / and rapid setting on / of this wind, its sweep that bends the saplings / and deforms the standing leaves.”

To see the world through James Arthur’s eyes is to rediscover the mystery and beauty that was right in front of us all along: “I pulled pears / from the pear tree, and saw a few things / grow (the wise, dumb pumpkins / engorged below the gate…). / I split a stump, wrote letters, gathered / oysters, ate the rain.” 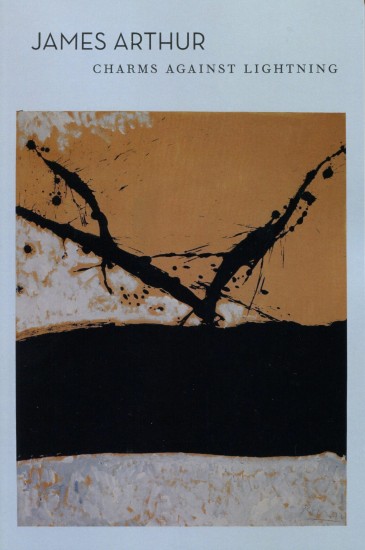 In Praise of Noise

The sound begins with a furnace
clicking awake in a two-room house, answered
by a few, then more, voices: gauges,

and old-fashioned watches ticking out of synch, in growing number,
so their tip-tip-tip fattens to a moan, joined

by a horn’s upbeat honkity-honk, then ringtones and speakers
rehearsing drawn horsehair, air in a woodwind, or mimicking

a hand slapping a polyester drumhead, but unlike
these coarser frictions, playing the same, every time.
A car door bangs, a jackhammer hammers, and a bassline

purrs through a wall. The sound congeals,
sucking in more, a mechanical syrup in an IV drip, the automatic

ruckus of a robotic ocean, a symphony
no one wrote, confounding every pattern:

teach me the song that no one can sing, someday
to be the song of everything.

In Defense of the Semicolon

that only idiots need defined by punctuation.”

But it’s a reassuring logic that rivers freeze
because your hemisphere has rolled away from the sun,
that cities rest because there must be time for resting.
I could never deny it, or disown my desire
for the certainty of home, for mills and reservoirs
I always come back to. I’m thinking of a girl
pinning butterflies through her bangs, the first woman
I ever asked to marry me. She was slight and strange;
her brother lived in England, and was dying there.
Years after our split, she and I met in an open-air restaurant
crowded with chatter and cigarettes. I was still very young,
still afraid of being abandoned at the terminal.
She no longer ate; she had lost teeth and some hair,
she said. There were pale islands of skin
where the butterflies had perched. Th